G&C Corporation was started by Gene Hale in 1981 as a natural transition from
Mr. Hale’s work in construction materials and supplies financing.

The company has been in existence for over thirty years and has become a nationally-recognized leader in the procurement and sale of construction materials and supplies. With a long list of satisfied customers and completed projects, G&C has a proven track record in this highly competitive industry and has established itself as a top-tier firm. The company provides a wide range of products and services from mechanical, electrical and plumbing materials to concrete, industrial parts and construction equipment. Their quality products and skilled and experienced labor personnel deliver superior results.

The corporate headquarters for G&C Corporation is located in Gardena, California with satellite offices in Washington, DC and nearby Hawthorne and Inglewood , California and South Los Angeles. 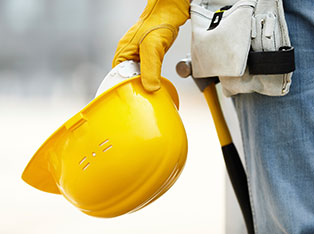 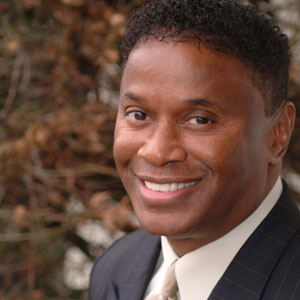 Gene Hale is the Founder and CEO of G&C Equipment Corporation. Mr. Hale is also President of Gence Corporation and G&C Consulting Services.

Gene has extensive knowledge and expertise in the construction material and supply industry and has been called upon to lend his insight and expertise in key advisory positions and various pivotal capacities. Gene has been tapped for key posts by Presidents and Governors alike.

Encouraging and fostering strong community involvement has always been one of Gene’s principal objectives. He has promoted these values and put them into action by providing equipment and financial support to churches, charities, schools, and local business organizations.

Although highly visible, public profile positions have placed him high on the list of leaders and decision-makers, Gene’s commitment and unwavering support to help the growth and success of small businesses remains his main goal. Through his assistance, dedication and tenured career in service and leadership in all areas of business, Gene Hale’s contributions have benefited hundreds of people. These benefits and rewards are part of his continued advocacy for entrepreneurship and business development.

“For over fifteen years, G&C has provided invaluable service by saving us over a half a million dollars on our material hoist operators and labor costs.”

“We have worked with G&C for twelve years all across the United States and have enjoyed the benefits of working with a one-stop-shop for our MEP subcontractors.”

“G&C has added value by placing personnel on many of our jobsites and we truly have enjoyed our working relationship.”

“Through G&C’s efficient distribution network, they supplied us with a variety of safety equipment and concrete supplies for the Los Angeles Police Headquarters project.”

“Not only does G&C supply our electrical products, they are well versed in the terms and conditions of our industry.”

“It is evident that G&C has been around for years because their project managers are resourceful and know how to find the answers.”

“G&C is our go-to Service Disabled Veteran Owned supplier in the D.C. area and have demonstrated professionalism and problem-solving throughout the years.”

“If you are looking for a Service Disabled HubZone Company that can handle large volume, G&C is your supplier.”

G & C Equipment Corporation would like to announce the addition of 739 new plumbing and bathroom products under the brand name Bradley. These additional offerings under SIN 563-25 will address the specific needs of our government customers. In addition to SIN 563-25 we offer a variety of products under SINs 361-50, 361-10D and 361-10E under our current GSA schedule....